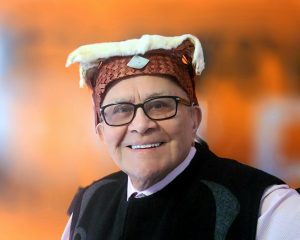 Chief Robert Joseph, O.B.C., O.C. is a peace-builder who has devoted his life to promoting reconciliation among Canada’s Indigenous and non-Indigenous peoples. A hereditary chief of the Gwawaenuk First Nation, he is a survivor of the residential school system and helped found Reconciliation Canada, for which he is now an ambassador. He sits on the National Assembly of First Nations Elders Council and chairs the Native American Leadership Alliance for Peace and Reconciliation. He is also peace and reconciliation ambassador with the Interreligious and International Federation for World Peace (IFWP), where he engages with international leaders to learn from and share his understanding of faith, hope, healing and reconciliation. He holds many awards and honours, including SFU’s Jack P. Blaney Award for Dialogue as well as The Order of Canada. 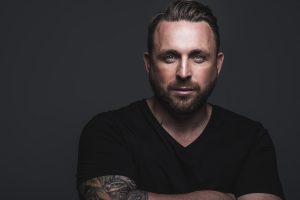 Over an illustrious career spanning more than two decades, JUNO Award winning singer-songwriter, Johnny Reid has captured the hearts of fans and audiences around the world. The critically acclaimed singer is widely known for his lyrical honesty and musical ability, as demonstrated by an extensive catalogue of hit songs, album sales totalling over 1.5 million units in Canada, countless awards and multiple sold out national arena tours. 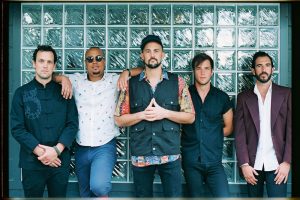 The Boom Booms are a celebrated Canadian band from Vancouver, BC. They blend storytelling and dance music with draws on funk, soul and latin styles. The Boom Booms have spent the last decade touring the world and playing festivals (Pemberton, Squamish Live, Toronto Jazz Fest and more).

Their debut album ‘Hot Rum’, written on their inaugural tour from Vancouver to Panama, garnered a dedicated fan base spanning continents and generations. Their sophomore album ‘Love is Overdue’ is produced by Grammy-award winner Chin Injeti, and draws on more soulful influences. The band spent three months in Brazil shooting their socially charged documentary, “Boom Boom Brazil”. They were winners of BC’s prestigious Peak Performance Project (100.5 FM) and The Georgia Straight readers voted The Boom Booms as Best Unsigned Band in Vancouver five times. In 2015 the band sold out Vancouver’s renowned concert venue, The Commodore Ballroom. The Boom Booms released their third album, A Million Miles, in September 2017. They held their album release show at The Vogue Theatre. 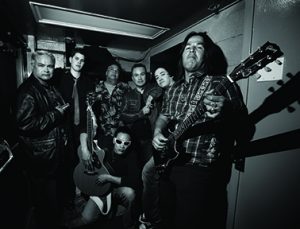 Bitterly Divine is a Squamish Nation, Vancouver-based, rock band. Hard driving with a swaggering sense of fun, their songs also have cross-over power:  Little wonder that over the past decade the band has energized local and international audiences from New Zealand to China. Bitterly Divine is on a mission and are proud to have shared the stage with bands such as: Billy Idol, The Killers, 54-40, The Constantine’s, Thornley, Jim Byrnes, Maestro, and Wide Mouth Mason.

The band has showcased a wide-range of their talents by performing on many levels including; live sets on the radio, sold-out arena in Winnipeg, Truth and Reconciliation event at the Pacific Coliseum, Toronto 2015 Pan American Games, Vancouver 2010 Olympics, and the 2015 Canada Winter Games in Prince George.  Bitterly Divine also performed to a live audience on national television for the Aboriginal Peoples Choice Music Awards show where they were nominated for best “New Group,” best “Rock CD,” and “Best Group or Duo.” 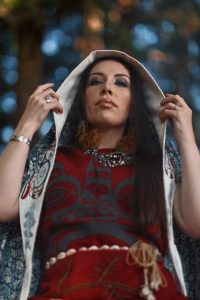 50 miles off the coast of mainland British Columbia, you’ll find Haida Gwaii. This collection of islands serves as home to just shy of 5,000 residents who all contribute to its quiet magic. Seemingly removed from the rest of the world, yet intrinsically connected to its rawest essence, Carsen Gray calls this place home. Born of Haida Indigenous and mixed descent, the award-winning singer and songwriter commutes the peace of her surroundings into a soulful sound spiked with R&B energy, pop universality, and a twist of local spirit. After making waves across Canada, she introduces herself to the world on her 2022 debut EP Each Moment [Nettwerk].

Turning heads, Carsen’s 2017 self-titled debut earned “Best New Artist” at SiriusXM’s Indigenous Music Awards, while 2018’s “Wanna See You” with JUNO Award-nominated DJ Shub received “Best Radio Single.” Along the way, she performed on the Aboriginal Peoples Television Network (APTN) and at JunoFest. During 2020, her single “Sah
Laana” and its intimate accompanying music video caught the attention of Nettwerk Music Group, and she signed to the label. The song climbed to #1 on the Indigenous Music Countdown to the delight of her fans.

Throughout 2021, she assembled the EP with her husband, primary collaborator, and producer Joey Stylez. After their kids fell asleep, they often recorded late into the night. “The driving force is gratitude,” she explains. “At this point in my life, I’m in a really good place.” 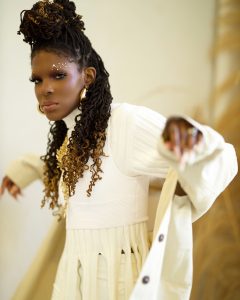 Omega is an eclectic female singer-songwriter and performance artist from Toronto, ON with a distinctive lower register and an amazing skill for arranging. Her sound is a fusion of r&b/hip hop and dancehall. She began to perfect her artistic craft from the age of 4 training in classical piano and by age 9, she furthered her love for music and performance with formal vocal lessons and dance training in tap, ballet, dancehall and hip hop. Her early years include opening for acts such as Danny Fernandes, and performing as a dancer with the South African cast of Umoja at Toronto’s Elgin Theatre.

Most notably, her latest singles “Whine Masta” and “Nostalgia” have been hitting the airwaves. You may even recognize her voice from feature hit single “Wishy Washy”, as featured on sister Haviah Mighty’s Polaris award winning album. Or you  ay have come across her viral wedding dance performance video floating around on YouTube, with over 1.5 million views.

You can expect her live performance to encompass smooth sultry vocals, vibrant movement and a militant aura.  As an integral member of Mighty Gang, Omega wears multiple hats bringing together energetic stage performances as singer-songwriter, producer, and creative director. 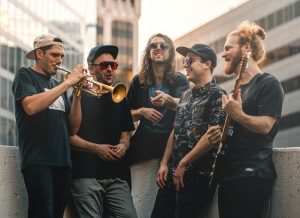 Sweet sounds, thick vibrations, and sticky melodies come together to create the natural flavor of Lazy Syrup Orchestra. The groups free spirited mix of live instruments paired with sultry vocals leaves listeners gooey with energy that sticks to their soul. Their delicious productions have graced stages across North America, including festival appearances at Shambhala, Bass Coast, and Envision. 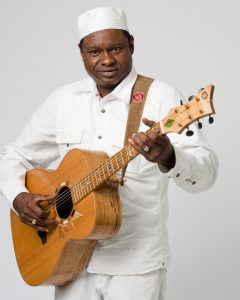 Guitarist and singer Alpha Yaya Diallo, from Guinea in West Africa, is one of the most popular Canadian World Music artists.  Now based in Vancouver, he’s earned a matchless reputation for the excellence of his musicianship and the excitement of his “live” shows—whether performing solo or with his band.

His dexterous acoustic and electric guitar playing, with its fluid melodic lines and compelling grooves, places him in the front ranks of African guitarists. In addition, he’s a skilled and experienced performer on a variety of percussion instruments and on the balafon (traditional marimba).  Alpha also writes all of his compositions and sings with a supple, high, and beautifully modulated voice.

A self-taught musician, Alpha possesses a fine ear and quickly learned how to transpose for guitar the melodic and rhythmic patterns he heard on Guinean instruments. He has recorded eight highly-acclaimed albums under his name as well as three collaborative albums. In recent years, Diallo has criss-crossed North America many times, garnering praise at major concert venues and at an ever-increasing number of world music, jazz, folk and other festivals.  He’s shared the stage with the likes of David Lindley, Thomas Mapfumo, and reggae stars Jimmy Cliff, Third World and Burning Spear.

With Doy doy, his newest release, Alpha takes his art to new heights.  The title means a new state of wariness: “We need to pay more attention today to how we live our lives in the face of challenges, to show responsibility, and to act with care.” 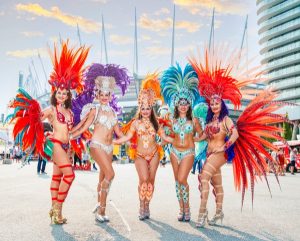 Samba Fusion is a Vancouver-based Dance Group whose roots are based in Carnaval-style Brazilian Samba (Samba no Pé). Under the creative direction of Co-founder Carine Caroll, Samba Fusion has been a fixture in Vancouver for over 10 years. The oldest and largest Samba-focused group in Vancouver today, their offerings include samba classes and workshops taught by choreographer Halie Scaletta, live percussion events, professional appearances, and more. They have been invited to perform at festivals, corporate events, and celebrations across North America as far North as Iqaluit, and as far South as Las Vegas. Samba Fusion would like to acknowledge that Samba comes from Brazil’s black people, and to dance Samba is to pay homage to the liberation, resistance, and celebration of the people of Brazil. Samba Fusion’s mission is to share their passion for Samba to the world through their connection to Brazilian culture and their love of its many forms. 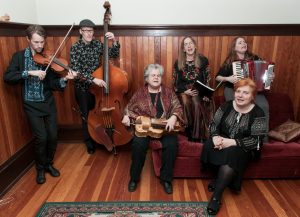 Born out of the Ukrainian cultural revival that followed the collapse of the Soviet Union; nurtured during Vancouver’s global music “golden age” in the early 90s; and recently revived in conjunction with a renewed fight to protect Ukrainian independence, Vancouver’s Slavic Soul band ZEELLIA has been at the forefront of a global Ukrainian cultural Renaissance for more than 30 years. Founded in 1991 by Beverly Dobrinsky as a means to celebrate her musical roots, ZEELLIA is currently a quintet of 3 female vocalists and 4 instrumentalists—accordion, violin, bass and hurdy gurdy. They weave a mystical spell singing and playing Slavic folksongs and dances from Ukraine, the Balkan and Baltic States, and the Canadian prairies. It is SLAVIC SOUL, rooted in the traditional with a contemporary edge, connecting the past with the present and the old country with the new. 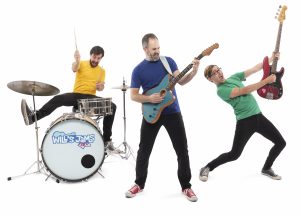 Will Stroet of Will’s Jams is a JUNO-nominated musician, nationally recognized educator and former CBC Kids TV star. His high-energy rock-pop music in English and French is full of witty wordplay and sing-along choruses, inspiring kids to be active, creative, caring and community-minded. Will and the band perform hits from his 11 albums, which are masterpieces of creativity and fun, further cementing him as the ultimate star of children’s rock ‘n’ roll. Check out music videos from Will’s latest album, “Big Shiny Spoons,” on his YouTube channel. You can also stream Will’s videos on KidoodleTV and Sensical TV.  For more about Will, visit www.willsjams.com. 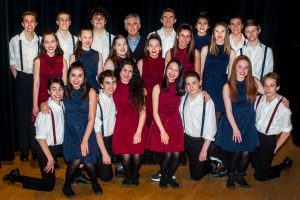 Perry Ehrlich’s ShowStoppers is a GLEE troupe that appears in concert, on radio and TV, and at numerous galas, awards dinners, corporate and charitable events throughout BC.   ShowStoppers first appeared on Canada Day at Canada Place on July 1, 2002 – 20 years ago!   Other performances include with Barry Manilow and Eric Church at Rogers Arena; with the legendary troupe FOREIGNER at various venues; on the Variety Club Telethon; singing the anthems for the Vancouver Canucks; and at the PNE.  Members of ShowStoppers previously participated in Perry’s GOTTA SING! GOTTA DANCE! musical theatre summer camp – now heading into its 28th year at the Jewish Community Centre of Greater Vancouver. 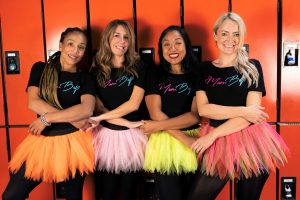 “Curated by Moms, Designed for Kids”

Mom Bop is an up and coming music group for families curated by a group of 4 moms from diverse backgrounds, ages and cultures.  Their performances are family focused and aim to promote cross-generational engagement in music and movement through song and dance for parents and children alike. Integral to Mom Bop’s songs and performances are the promotion of child and social wellness, positive attitude as well as mental and physical health. Mom Bop bring high energy performances and simple dance routines that kids & families can easily pick up!