Bitterly Divine is a Vancouver-based rock band. Hard driving with a swaggering sense of fun, their songs also have cross-over power – Little wonder that over the past decade the band has energized local and international audiences from New Zealand to China. Bitterly Divine is on a mission and are proud to have shared the stage with bands such as Wintersleep, Shane Yellowbird, 54-40, The Constantine’s, Thornley, Jim Byrnes, Maestro, and Wide Mouth Mason.

The band has showcased their wide-ranging talents by performing on many levels including live sets on the radio, a sold-out arena in Winnipeg, the Truth and Reconciliation event at the Pacific Coliseum, the Toronto 2015 Pan American Games, the Vancouver 2010 Olympics, and the 2015 Canada Winter Games in Prince George. Bitterly Divine also performed to a live audience on national television for the Aboriginal Peoples Choice Music Awards show where they were nominated for Best New Group, Best Rock CD, and Best Group or Duo. 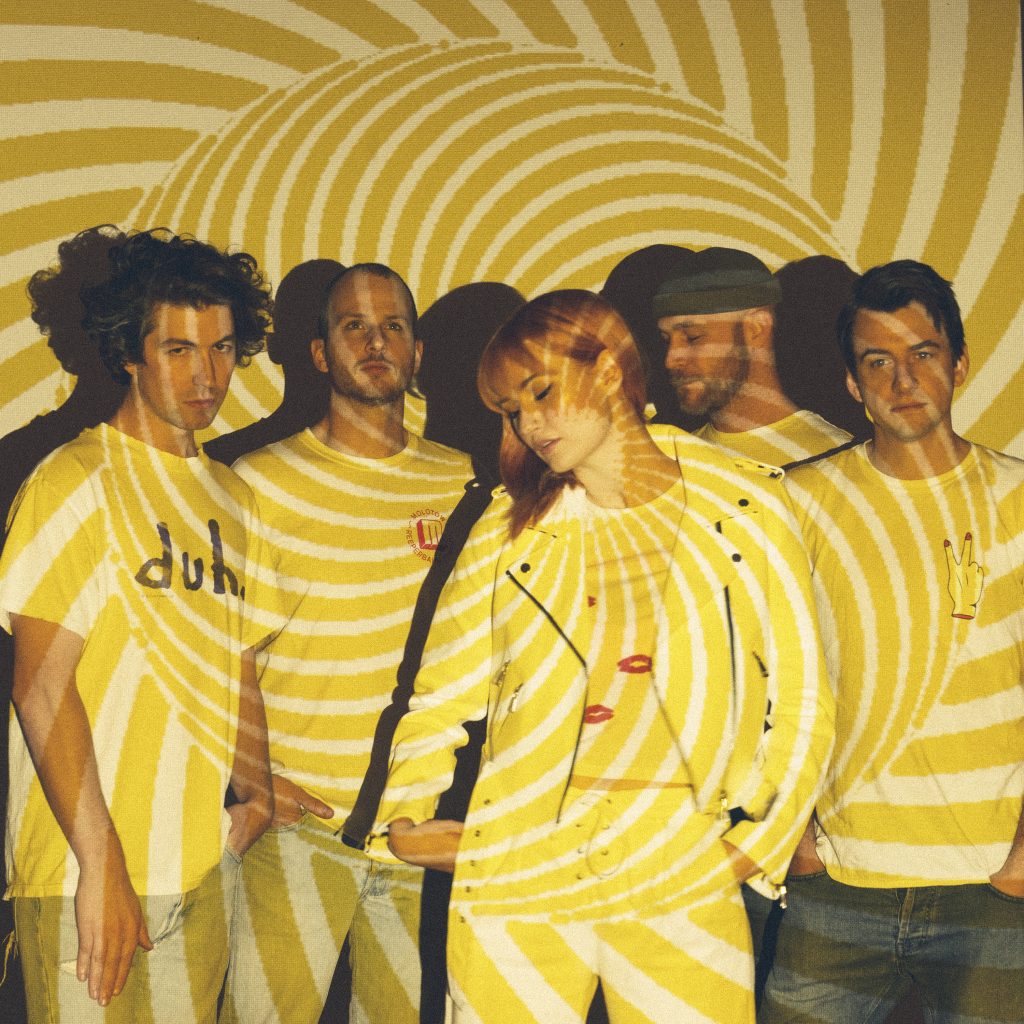 This world-class wrecking crew has toured extensively across Canada, Europe, Australia, the US, and India, sharing bills with Portugal. The Man, Broken Social Scene, CCR, and Chromeo, and selling out Commodore Ballroom shows in Vancouver with Bishop Briggs and Mother Mother. They were named a must-see band at Toronto’s Canadian Music Week, BreakOut West and Australian Music Week 2016, and played festivals FOCUS Wales and The Great Escape (UK), Reeperbahn (Germany), and NH7 Dotin (India) among many others in 2017.

Their debut single “Feel Alright” (2016), produced by DJ Sleepy Tom, peaked at number 6 on the Spotify Viral Charts within a week of its release, with the rest of the EP now approaching 1M streams. In 2017, Youngblood were the winners of the coveted nation-wide JUNO Master Class mentorship program. 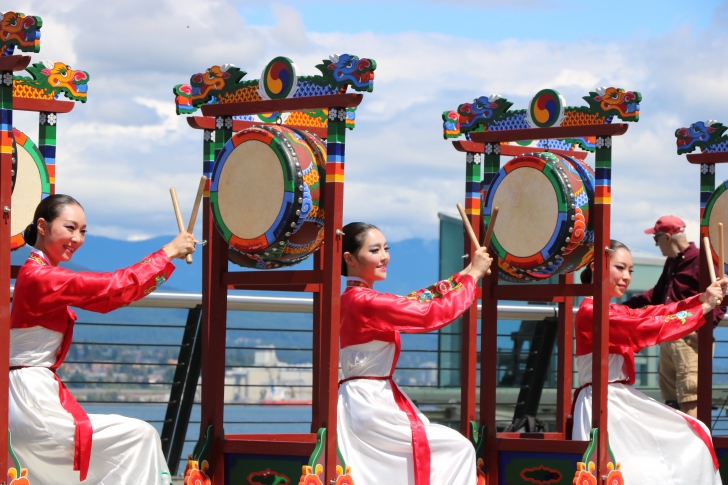 The members of Charm Dance Company have more than 100 years of collective dance and choreographic experience between them. They have performed in various multi-cultural events in the Vancouver area and expressed the beauty and dynamics of Korean traditional culture through elegant dance moves and powerful beats.

Previous highlight performances include playing the Three Drum Dance for the 150th Canada Day Parade in 2017, and the Sound of Korea – an entire drum dance series – for Canada Day at Canada Place in 2018. Charm Dance Company also performs regularly at the Korean Heritage Festival. Do not miss a chance to see this very unique cultural performance for the first time ever on the Main Stage at the 2019 Canada Day at Canada Place! 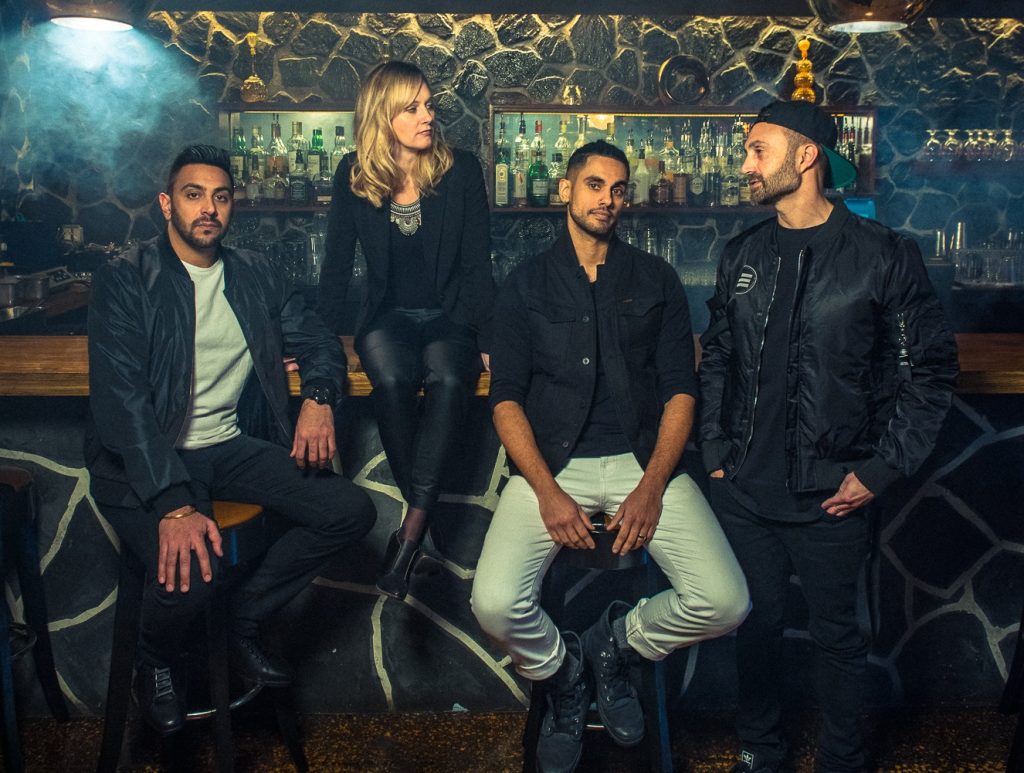 Nurtured by equal parts raucous underground bass parties and all ages folk festivals, Delhi 2 Dublin’s always distinctive sound has evolved over the past decade into its own decisive genre, “Subcontinental Pop”—a name that conveys both its deep South Asian roots and its expansive, crazy-fun appeal. The beautifully supercharged complexity of their sound flows from high-level folk and alternative-pop, blended and delivered across an array of acoustic instruments—dhol, tabla, violin, guitar—and electronic beats, and immersed in smart, heavy, sometimes gritty, and almost invariably joyful beats.

Averaging 100 shows a year in places ranging from Canadian and U.S. clubs to Glastonbury and Burning Man to performing for over 100,000 people at Canada Day celebrations, Delhi 2 Dublin have the gift of connecting with masses of people, pulverizing their inhibitions, and getting them moving.

Since 2010, DiRTY RADiO have been crafting a satisfying synthesis of progressive soul, R&B and electronic music. With their diverse musical influences, the multi-instrumentalists and producers have been working tirelessly in their studio, racking up impressive Soundcloud and Spotify numbers and dropping tracks for such iconic labels as Spinnin’, Partyfine, Majestic Casual and Mad Decent. The electronic duo is set to release a brand new album later this year. 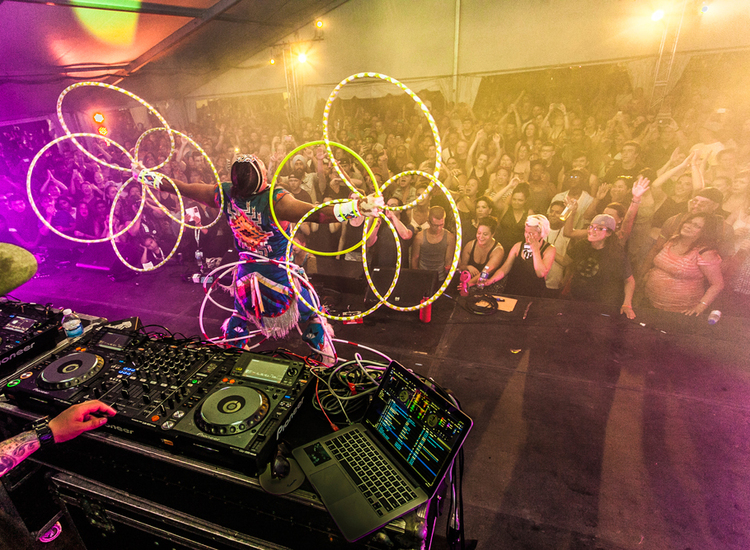 James Jones is a traditional Indigenous hoop dance artist with over 15 years of experience dancing and choreographing shows, who has performed and traveled across Europe, China, Australia, North America, and is ranked among the top 5 hoop dancers in the world. Some of James’ notable performances include the 2006 World Ski Cup Championship in Italy, the 2010 Vancouver Olympics, the 2014 Juno Awards, the 2015 Pan Am Games, the 2015 Coachella Music Festival, and the 2015 Sydney Opera House. James has worked with artists such as k-os and Snoop Dog. In 2009, James appeared as a finalist on the popular TV show “So You Think You Can Dance Canada” and is currently hoop dancing on a world tour with Juno award-winning group “A Tribe Called Red.” 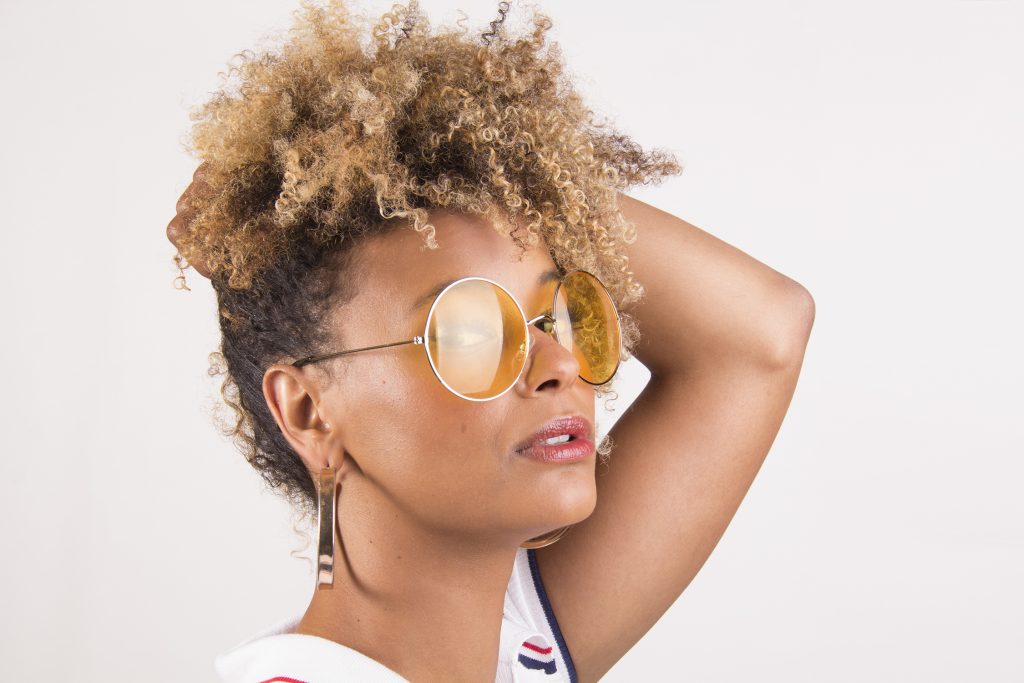 For 15 years, Marieme has been splitting her time between the stage and the small screen. With her infectious smile, this Senegalese born Quebec artist spreads positive energy wherever she goes. Her unifying nature tints both her thinking and her art, while her signature songs such as “Francky,” “Je t’aime” (with Karim Ouellet) and “Africaine à Québec” showcase her desire to mix current and organic sounds with musical influences from around the world. Marieme’s mission has always been to make albums that warm the hearts while giving people the urge to dance. In the recent years, she has performed on the biggest stages around Quebec and Canada, always uplifting the crowds with her luminous presence and sunny grooves. After releasing two records and an EP since 2011, Marieme is currently working on a fourth project that should be as radiant as her personality. 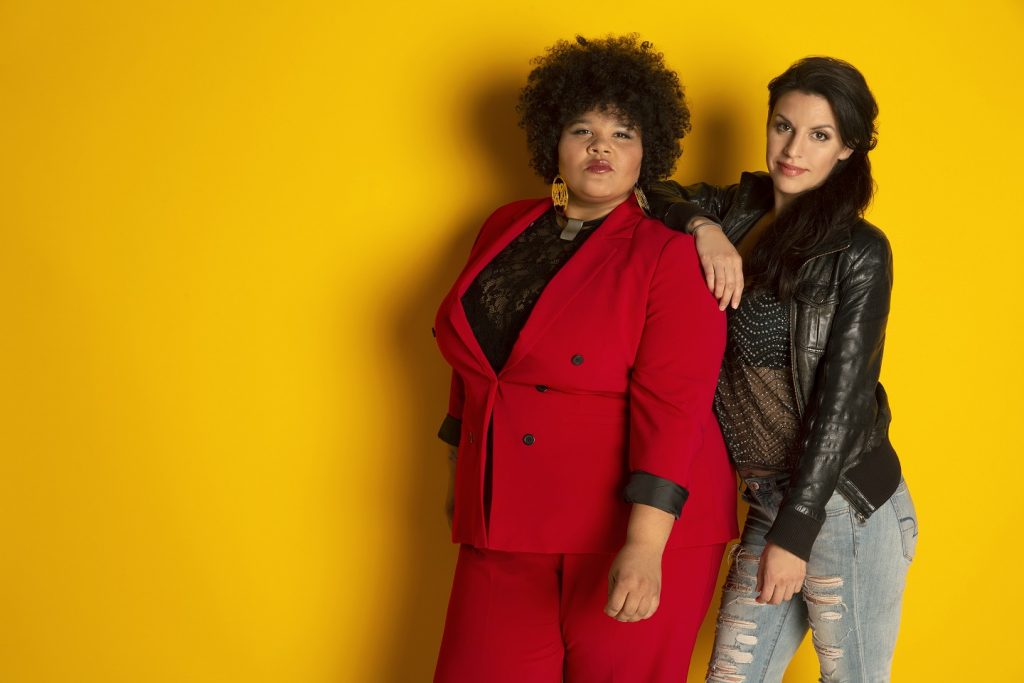 B.C. based powerhouse duo, Old Soul Rebel is comprised of core members Chelsea Johnson (vocals/electric guitar) and Lola Whyte (vocals/electric banjo) who put a brand new shine on rock-n-roll. With a repertoire inspired by their respective First Nations and African American upbringings, Old Soul Rebel’s music vividly recites the honest experiences of human life. Formed in late 2015 by a like-minded need to sing stories of their past, Old Soul Rebel has graced many stages and festivals across Canada. Despite only having seven demos under their belt, the band was recognized as one of the 11 Best New Bands of 2016 by CBC Radio Music. Just recently, having made it to the final two in CTV’s reality music competition series, The Launch, Old Soul Rebel is excited to take their act on the road across Canada. 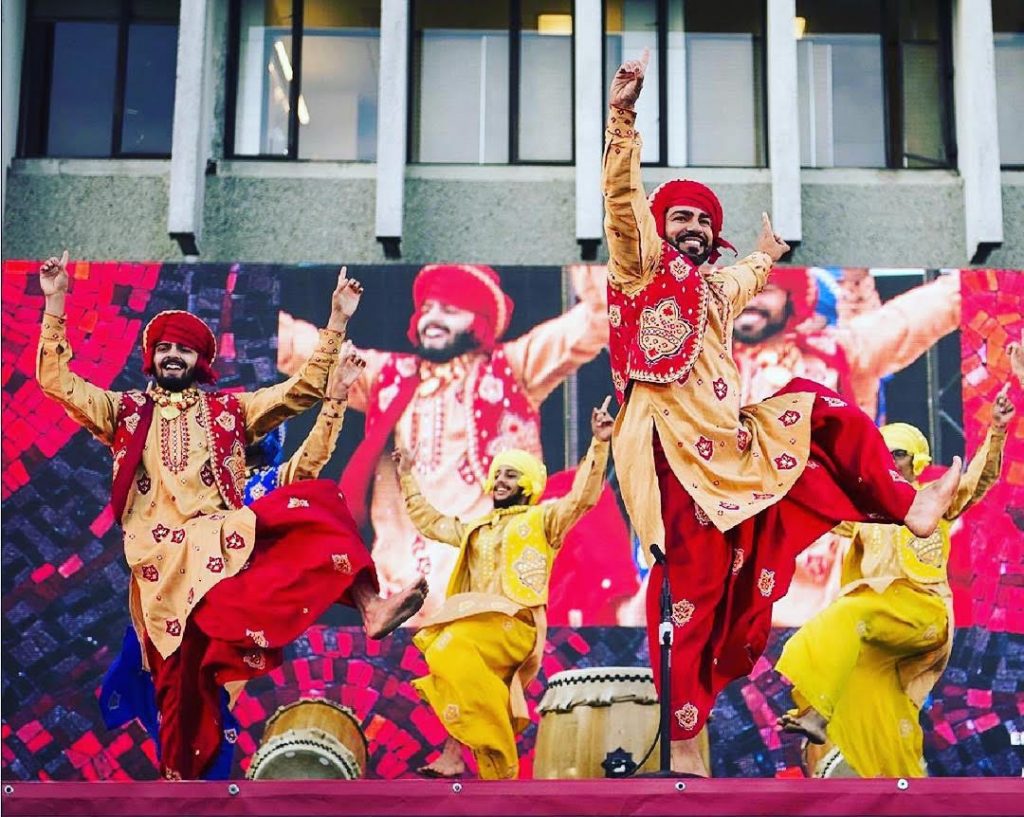 In 2012, a group of dedicated arts and bhangra enthusiasts came together to create a professional bhangra organization that would not only raise the platform of Punjabi Folk Arts through quality programming and events, but collaborate with the wider community to create awareness and opportunities for fusion, exploration and connection.

Royal Academy of Bhangra is the first Canadian not-for-profit academy to offer a formal Punjabi Folk Dance education with a syllabus consisting of three grade levels. The Academy’s Dance Director, Hardeep Singh Sahota, was key in the development of the bhangra syllabus program for all Canadian Dance Teachers, BC Branch.

The Academy successfully uses the art form of bhangra as a creative outlet to promote skills, discipline, physical fitness, and provide team building and leadership initiatives for youth. The Academy offers training in Punjabi Folk Dances such as Bhangra, Jhummar, Dhamal and Malwai Giddha, Sammi, Luddi and Kikli along with traditional Punjabi Folk Instruments. 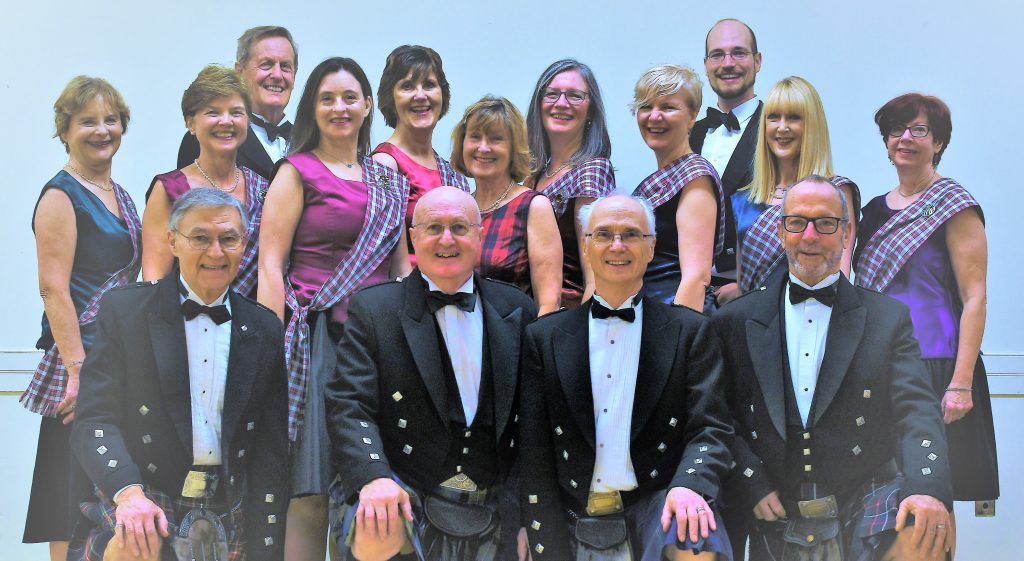 The “Strictly Scottish” are the performance group of the Vancouver Branch of the Royal Scottish Country Dance Society which is an international dance group based in Edinburgh, Scotland, but with branches all over the world.

This is the social dancing of Scotland – done purely for the enjoyment of the social interaction and the dance movement itself. It is danced by people everywhere at weddings, parties, and gatherings of all kinds. It provides lively music, fun and exercise, and a chance to make new friends. You don’t need your own partner since this is a “mix and match” activity.

It has evolved over the centuries, and while popular dances from the 1700s are still danced, thousands of contemporary dances with clever and exciting new formations are being devised throughout the world all the time – it is a living tradition. 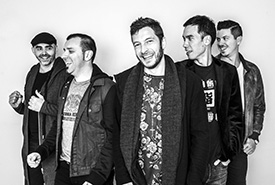 The Unified are a funk-rock soul-hop outfit born our of shared ideals of love, connectedness and inclusivity. Based out of Vancouver, the independent band has been likened to the sounds of Jamiroquai and Santana for their grooves and shake your booty beats. The combination of infectious grooves and feel good messages creates a signature Unified experience. In the past eight years the group has gigged extensively at sold out shows, festivals and packed dance floors.